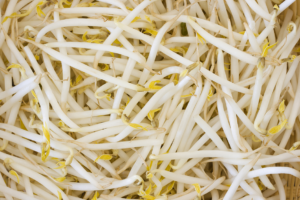 Raw foods can get contaminated with bacteria and viruses in many ways. These include from food handlers’ unwashed hands, from the soil, compost or dirty irrigation water used to grow the food, from food producing animals, from dirty kitchen equipment and by contact with other contaminated food. Cooking the food usually kills any bacteria or viruses so there is more of a food poisoning risk from eating some raw foods.

You can reduce your raw food risk by following these simple tips:

However DO eat lots of raw fruit and vegetables, Australians aren’t eating their recommended 5 serves of veggies and 2 of fruit a day. Reduce your risk of food poisoning by washing your fruit and veggies under running water and dry with a paper towel just before eating – even if you are going to peel it so you don’t transfer bacteria to the inside of the food. You may need to scrub dirtier root veggies. There is no need to wash bagged fresh salads or cut vegetables if the label says it has been pre-washed but make sure you use them by the use by date.

Finally, don’t forget that some foods, such as raw eggs, unpasteurised dairy products, cold deli meats, soft cheeses, paté and salads that you haven’t prepared at home, need to be avoided entirely by some groups at risk of Listeria which can cause a fatal infection. These at risk groups include pregnant women, the elderly and people with poor immune systems.