The Food Safety Information Council today released worrying national survey data that shows 60% of home cooks in Australia are putting themselves at additional risk of food poisoning by washing whole poultry before it is cooked which spreads bacteria around the kitchen. A further 16% of those surveyed incorrectly tasted chicken to see if it is cooked properly rather than use a safe and accurate meat thermometer. 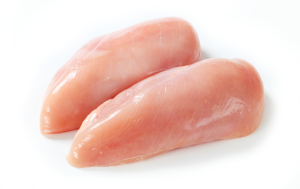 Food Safety Information Council Chairman, Dr Michael Eyles, says 6 in 10 home cooks in a national Newspoll survey washed whole chicken before they cooked it, with 5 in 10 washing chicken pieces with skin on and 4 in 10 washing skinless chicken pieces.

“Chicken is a healthy, convenient meal and is Australia’s most popular meat with over 8 out of every 10 cooks choosing chicken. Other poultry is also becoming popular with just under half of those surveyed cooking whole turkey and 37% whole duck but these, too, are being washed before cooking, with 68% washing turkey and 74% duck,” Dr Eyles says.

“According to a Food Standards Australia New Zealand survey 84% of raw chicken carcasses tested positive to the food poisoning bacteria Campylobacter and 22% to Salmonella. This is similar to the findings of other surveys overseas. Notified cases of illness from Campylobacter and Salmonella in Australia have almost doubled over the last 20 years. OzFoodnet estimates there are approximately 220,000 cases of Campylobacter infection each year with more than 75% transmitted by food and 50,000 cases of Campylobacter infection each year can be attributed either directly or indirectly to chicken meat.

”Home cooks are probably following what their parents or grandparents did in the past by washing poultry, not to mention probably patting it dry with a tea towel. Washing poultry splashes these bacteria around the kitchen cross contaminating sinks, taps, your hands, utensils, chopping boards and foods that aren’t going to be cooked like salads or desserts.

“Cooking poultry right through kills these bacteria, making it safe. However, 16% of those surveyed, rather than using a meat thermometer or checking if juices run clear and are no longer pink, say they eat some chicken to see if tastes cooked, with males significantly more likely to do this than females,’ Dr Eyles concludes.

Here are some other tips about reducing your risk of food poisoning through cross contamination:

AUSTRALIAN FOOD SAFETY WEEK is the major activity of the Food Safety Information Council which aims to address the estimated 5.4 million cases of food borne illness in Australia each year.

Food poisoning results, on average, in 5.4 million cases a year including 120 deaths, 1.2 million visits to doctors, 300,000 prescriptions for antibiotics, and 2.1 million days of lost work each year. The estimated annual cost of food poisoning in Australia is $1.25 billion.

The Food Safety Information Council is Australia’s leading disseminator of consumer- targeted food safety information. It is a non-profit entity supported by the Australian Department of Health and Ageing, state and territory health and food safety agencies, local government, and leading professional, industry and community organisations.