A national survey carried out by OmniPoll for Australian Food Safety Week found that 71% of those surveyed blamed pasteurized milk for food poisoning when, in fact, it is the least likely to make you ill, even if it smells or tastes nasty, as pasteurisation kills harmful bacteria. 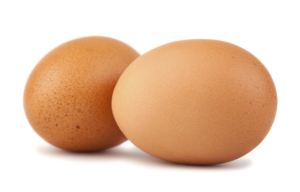 Food Safety Information Council Chair, Rachelle Williams, said that the research showed that many Australians couldn’t correctly identify foods that are often linked to food poisoning outbreaks if not handled or cooked correctly.

The survey found that most people correctly recognised that chicken (95%), minced meat (90%) and seafood (96%) were food poisoning risks if not handled properly.

‘The national body OzFoodNet, which investigates food poisoning, has determined that poultry is the primary source of Campylobacter infections in Australia and the increase in Salmonella outbreaks in recent years is linked to raw or minimally cooked egg dishes such as hand made aioli and mayonnaise. These types of food need to be handled and prepared with extra care to avoid causing food poisoning.

‘Many people (38%) didn’t recognise that cooked rice is a food poisoning risk because, once it is cooked and begins to cool, bacteria can form a toxin which isn’t destroyed by further cooking. 40% of people surveyed didn’t recognise bean or seed sprouts such as alfalfa as a risk, which they can be as they are usually eaten raw and have previously been linked to outbreaks in Australia and overseas.

‘This year’s Australian Food Safety Week is about busting myths and we are encouraging everyone to take part in the 90 or more events being held around the country during the week and also to take time with their family, friends and colleagues to do our online food safety mythbusting quiz at www.foodsafety.asn.au

‘The Food Safety Information Council is now a health promotion charity and we urgently need funding to continue the important educational work we’ve done since 1997 so we ask people to take the time to donate to us using the donation button on our website,’ Ms Williams concluded.

In addition to the myth about ‘off’ milk being to blame here are 6 other common food poisoning myths that can be busted: