This is a less well known bacteria which causes severe stomach cramps and a mild form of diarrhoea that lasts only about 24 hours and therefore tends to go unreported. However, it is probably fairly common and can be fatal in the frail elderly or people who are already ill. 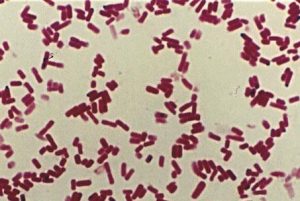 Symptoms begin about 8 to 22 hours after the food is eaten. Large numbers of the bacteria have to be eaten before you get sick, but because the bacteria can grow very fast (the number can double every 18 minutes) it doesn’t take long for large numbers to build up. The cause of the illness is a toxin that is produced when the bacteria forms spores in the gut. It’s the presence of the toxin that makes you sick.